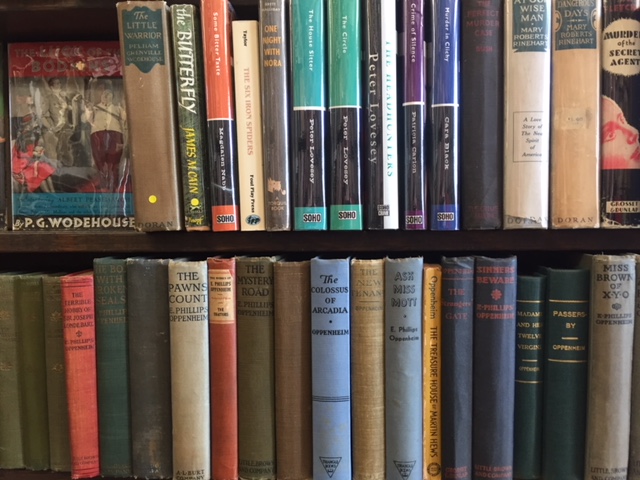 COLUMBUS__George Cowmeadow Bauman has been in the bookstore business for more than half a century. His business partner opened The Acorn in a quaint corner of Ohio’s capital in 1992 and Bauman took over six years later. Now, after marking its 25-year anniversary, Bauman's beloved used-book shop is closing.

He laments its demise, attributing it to a pop, online culture that has little tolerance for browsing.

“People just aren’t coming in as much as they used to,” he says when customers ask why. They prefer the convenience of staying in their pajamas and ordering books online rather than scanning the aisles of bookshops and waiting until something “speaks” to them, he adds.

Amid such a cultural shift, “25 years is real fine,” Bauman tells one customer, thanking him — as he does almost everyone — for the support over the decades.

He remains upbeat, even while referring jocularly to the store’s impending closing as a three-month-long wake.

Over the years the Acorn has drawn in regulars and newbie book lovers alike. With its warm nooks that capture buttery afternoon light and its archive-like basement collection, the store is the quintessential bookshop and Bauman its trademark spokesman.

There is organization to the chaos, but also a delicious muddle — the same book popping up multiple times in different places. Sections are themed according to military, cookbooks, current and historical fiction. Transportation is broken into ships and sailing, among others, while religion, ancient history and art fill out the basement. So complete is the collection there is even a shelf devoted to the circus.

At the register the day I visit, a man in a button-up cardigan with salted grey hair compliments a young woman on her purchases. “We really appreciate you shopping with us today,” he says with utmost sincerity.

Then Bauman whirls in wearing a tan hat and jacket. A stack of books decorates his tie — one of a dozen he’s rotating through before closing. The local newspaper has just published a profile of The Acorn in its arts section and he’s ready to greet his fans, he jokes.

Bauman runs the front counter like a natural showman.

“Now if you’re buying a cookbook from us you have to pledge to bring us samples,” he tells one customer. “We don’t care what it looks like, we’ll be glad to give it a try.”

His warmth has has earned him regular customers over the 25 years he's run The Acorn and made him a successful entrepreneur. That the store has already sold through much of its stock, according to Bauman, seems incredible. So much still fills the shelves.

The Acorn announced it was closing at the start of the year, shortly after celebrating its 25th-year anniversary. It will be gone by the end of March. When I ask if they’re planning a farewell event, Bauman says they’re open to the idea.

Every wake has an event, where people “bring a bottle, a dish,” he says.

I sit in a corner and read the article in the newspaper. Bauman thanks a patron for his support as he leaves, saying, “One of the joys of this job is talking to customers.” He’s thankful for the kindness people have shown since they announced they were closing. But it’s clear he’s not ready to go.

This bookshop is just one of a growing number of brick and mortar stores forced to surrender to shrinking customers and profit margins. And while The Acorn has a website and accepts online sales through eBay, the store is almost a testament to the Internet resistance. About a third of its 50,000-book inventory is on abebooks.com -- but it doesn't keep its own online catalog (anyone who wants to create an one for free is welcome). A push-button cash register rather than a computer occupies the front counter.

The beauty of buying here are the wonders one wouldn’t find on Google or Amazon, and the service and sense of community has kept it going in the face of growing online competition. On the bright side, Bauman says, he’s looking forward to having time during the day to go out exploring — at least he thinks he is. For now, he’s just too busy enjoying the moment.