The border wall problem few of us are talking about 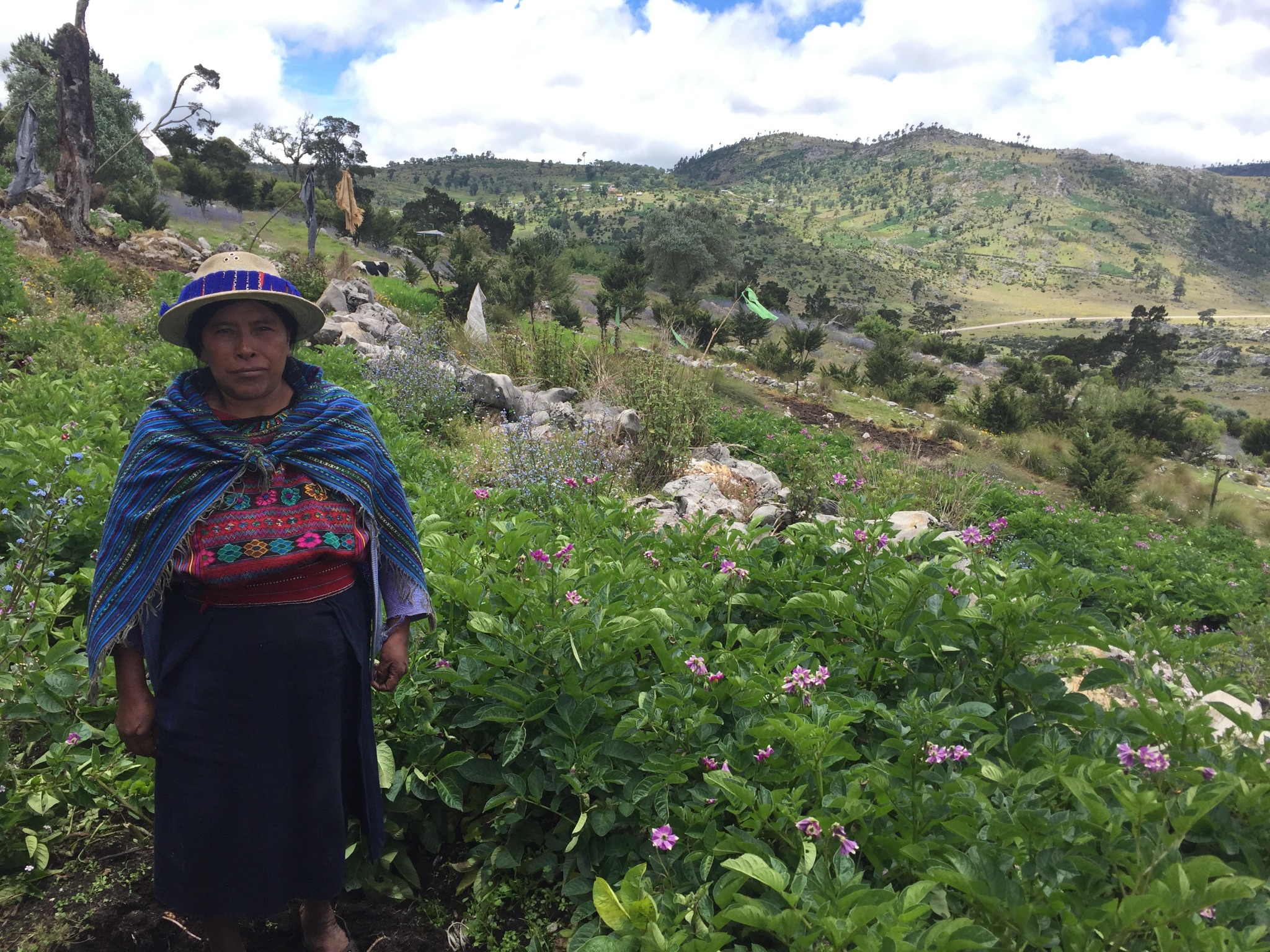 Todos Santos, Guatemala _ Fog rolls in over the mountains as night falls in Buena Vista, a small town with a spectacular view over the Sierra de los Cuchumatanes. The land here is studded with boulders and blanketed by yellow daisies and lavender. At this altitude, there are few trees and almost no water. Families rely on rainwater for drinking, washing, agriculture. When the rains don’t come, they suffer.

The harsh conditions and increasingly unpredictable weather are putting added stress on poor families and pushing up migration in an area where locals estimate nearly half of the 250 households have already seen someone leave.

At a community meeting in August 2017, I asked how many men were thinking of migrating. Most smiled uncomfortably. With a little prodding from the head of the community council, nearly every man in the room raised his hand. The unforgiving land only allows for one crop a year, they said, and if it fails, farmers quickly start accumulating debt.

For days I’ve been listening to debates and analyses about President Trump’s proposed border wall. These reviews ran the gamut -- from whether to even call it a wall to where Trump is getting his facts wrong: In the number of terrorists arrested at the border or the volume of drugs allegedly pouring over.

The president’s speech from the Oval Office Tuesday night tapped into embellished threats and heightened fears held by citizens in a country where fear is the source of so many problems.

But so little of this discussion seems to hinge on what life is like for the people who are migrating and why they would risk their families, their security, their very lives to cross the U.S. border.

There is talk of gangs and violence and poverty or political instability. But seldom is there mention of the inability to grow food or make a living off the land.

It’s not just about the economy

Back in 2017 Susana Carrillo Pablo de Calmo stood in her potato field and started to sob as she talked about her husband leaving. He migrated to the U.S. in March 2016 to pay off loans used to plant crops that continually failed. He ended up milking cows near Los Angeles. At least, that’s what Susana thought. They spoke by phone each week and at that time he was sending money back every month.

Traditionally, men in Guatemala have migrated in search of work to the capital or coffee or sugarcane plantations along the southern coast. But climate change has hit those operations too.

A drought-prone area known at the dry corridor that snakes through Guatemala, into El Salvador and Honduras, has reduced people’s ability to grow food in the region and driven up the need for humanitarian assistance, forcing many families to turn to migration as a coping strategy.

It’s not an answer either. A study by the World Food Program released in August 2017 found that when food shortages drive migration, families left behind can become even more vulnerable to food insecurity and poverty.

More and more women are now migrating too, some with entire families driven by a lack of livelihood options. Many are fleeing domestic violence. Some are also escaping a fate that includes forced marriage or sexual trafficking.

The women who stay fight battles of their own.

Left to do the work of two people, they care for five, six, 11 children, tend to chickens, goats and other livestock, look after the crops, collect wood for the stove and water. If a harvest fails due to a lack of rain or disease, they must find ways to make ends meet.

An early frost ruined Susana’s potato crop in 2016 and it was only through money her husband sent back that she was able to repay her debts. She misses him but also expresses a feeling of resentment. She’s doing a job that’s not hers, she says.

All but one of Aulogia Matias’s four sons have migrated to the U.S., the youngest going three years ago just after getting married.

Despite missing her children, Aulogia says she worries more about what would happen if they returned.

“The earth is not as fertile as it used to be, so what will they do?” she asks.

Finding ways to mitigate the impacts of extreme weather is important, say scientists, because climate change isn’t going away –- and neither is migration.

According to a study in the Proceedings of the National Academy of Sciences, without measures to improve seeds, fertilizer and climate adaptation, each one-degree Celsius increase in global temperatures could reduce average global yields of maize — the staple crop on which Guatemalans depend — by 7.4%.

And yet these are not discussions we’re having when it comes to border security. Worse, perhaps, the Trump administration has walked back environmental standards and safeguards and threatened to pull out of a global climate change pact, the 2015 Paris Agreement.

Still, much of the media have continued to cover his press conferences and statements as though nothing else in the world is happening. Perhaps if we looked beyond our borders, we might have a better idea of why we’re dealing with a crisis there in the first place.